We have this game we play whenever we take off on an outdoor adventure.  It's pretty simple - we list all of the wildlife that we want to see that day.  Of course, to really prove that you have seen the animal, there has to be identifiable, photographic evidence.

In Oklahoma, there are the usual suspects:  white-tailed deer, armadillos, red-tailed hawks, etc.  For fun, we will throw in a bobcat, fox, eagle, osprey, elk, or porcupine.  If we are feeling extra adventurous, then there will also be rattlesnakes and mountain lions on the list (from a safe distance, of course). 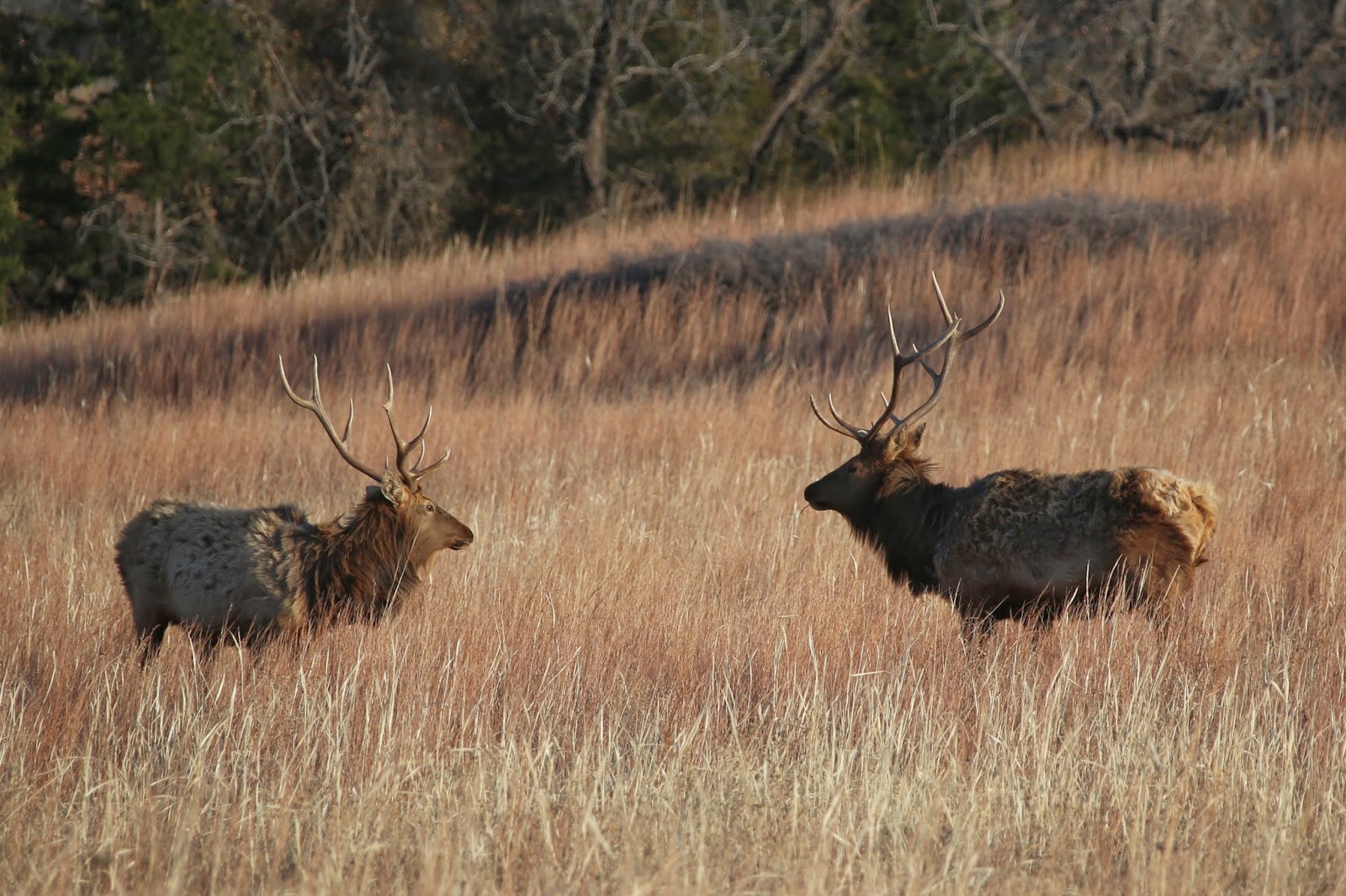 Today, not only did I see many of the usual critters, but also added a new wildlife sighting that I had never seen in the wild (in Oklahoma or any other state) - a river otter.

About a year ago, someone mentioned to me that there are river otters at the Wichita Mountains.  I thought that he was full of longhorn excreta (more on that fun word in a future blog post).  Ever since then, I've been on a mission to spot one.  I had even seen other people's photographic evidence of their existence in that area.  Challenge accepted - river otter was added to the "wildlife bingo" list every time I ventured to the 'tas.

The weather today was going to be beautiful - 74 and sunny.  Not too bad for the last day of February!  Unfortunately, it is Friday, so all of my hiking friends are slaving away at their 9-5s.  I disregarded the plaque in the Charon's Garden area of the Wichitas that warns people to never hike alone, in memory of someone that lost their life there in the rock rooms (another future blog post).  Afterall, it was going to be one of my last chances to go there for a while, and the weather was perfect.

On my way, I decided to pull off the turnpike to try to see what bird had been sitting in the nest I've been watching.  The zoom lens came in handy to view the adult great-horned owl.  I must have disturbed her when I got out of the car.  She flew off into the field and in her place was a three-week old owlet.  Darn!  I didn't even have owl on my bingo list! 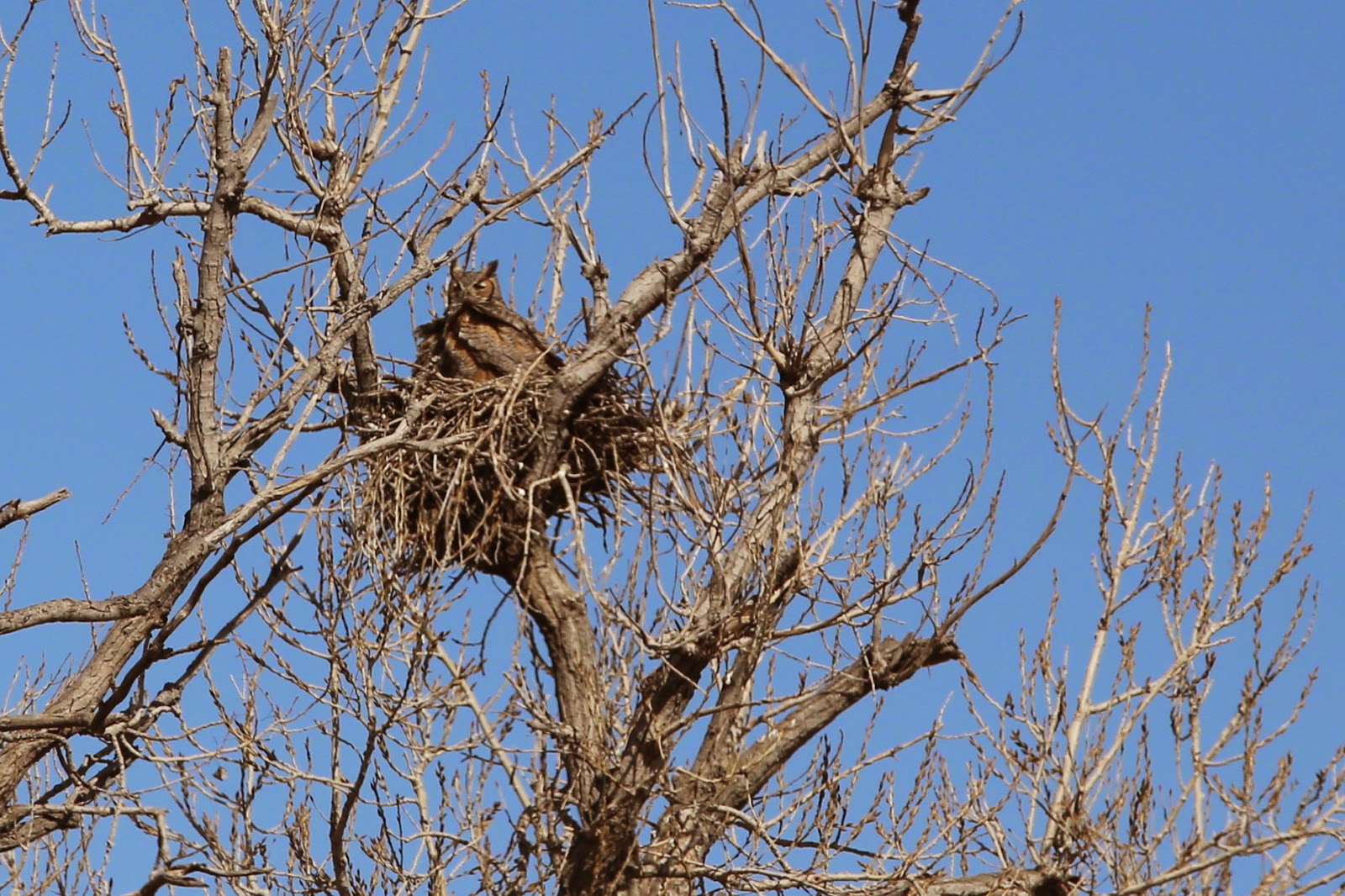 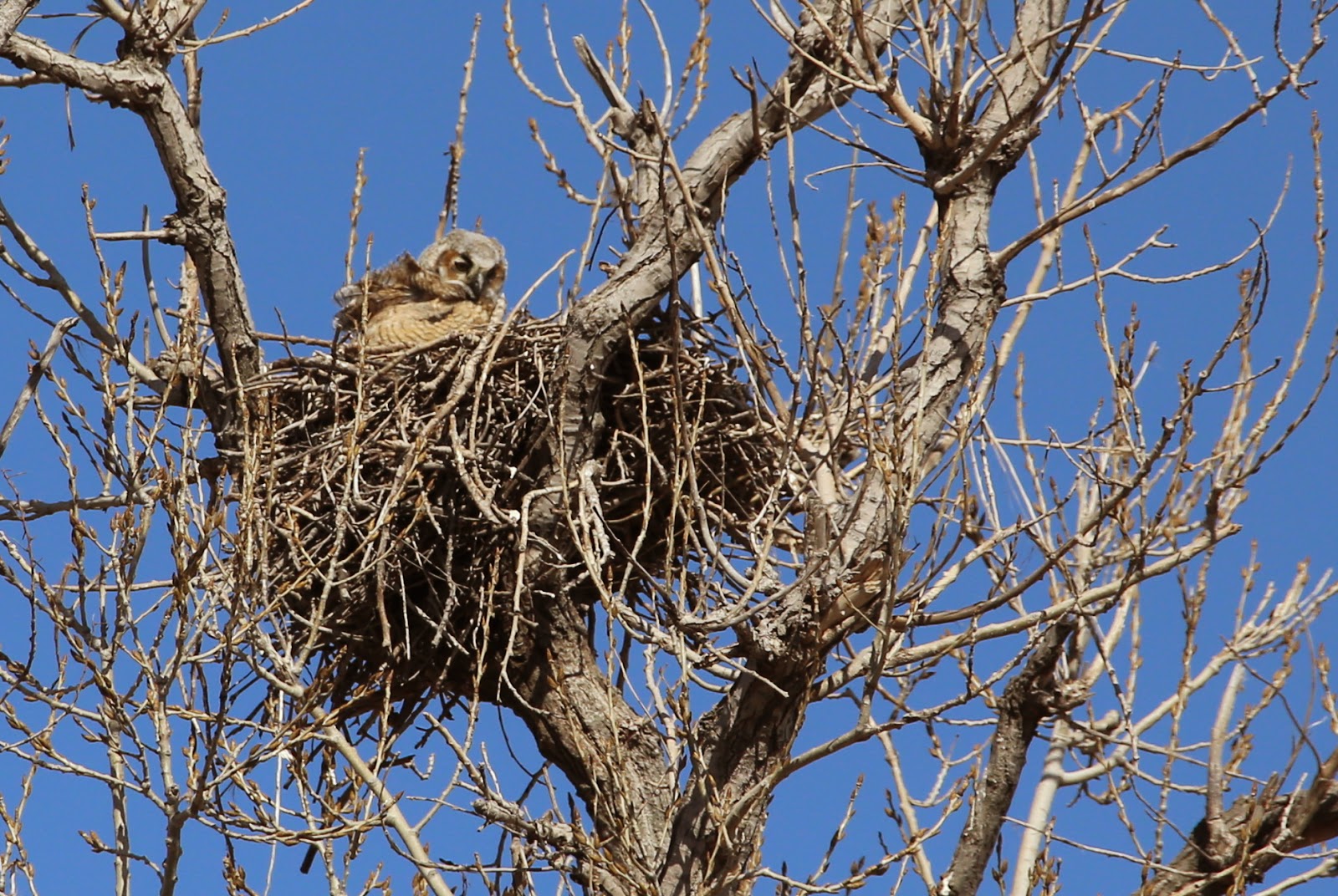 I chose to hike the bison trail section of Dog Run Hollow, since it runs along French Lake and Cache Creek and the 40-foot hole.  I had been told that the river otters have been spotted all over the area, just following the water.  But, Donna at the Visitors' Center warned me that my chances of spotting the otters there were slim and said that the most recent sighting had been in a different area.  I took my chances anyway, since this was a well-marked trail and I was hiking solo.  Sure enough, she was right - no otters. 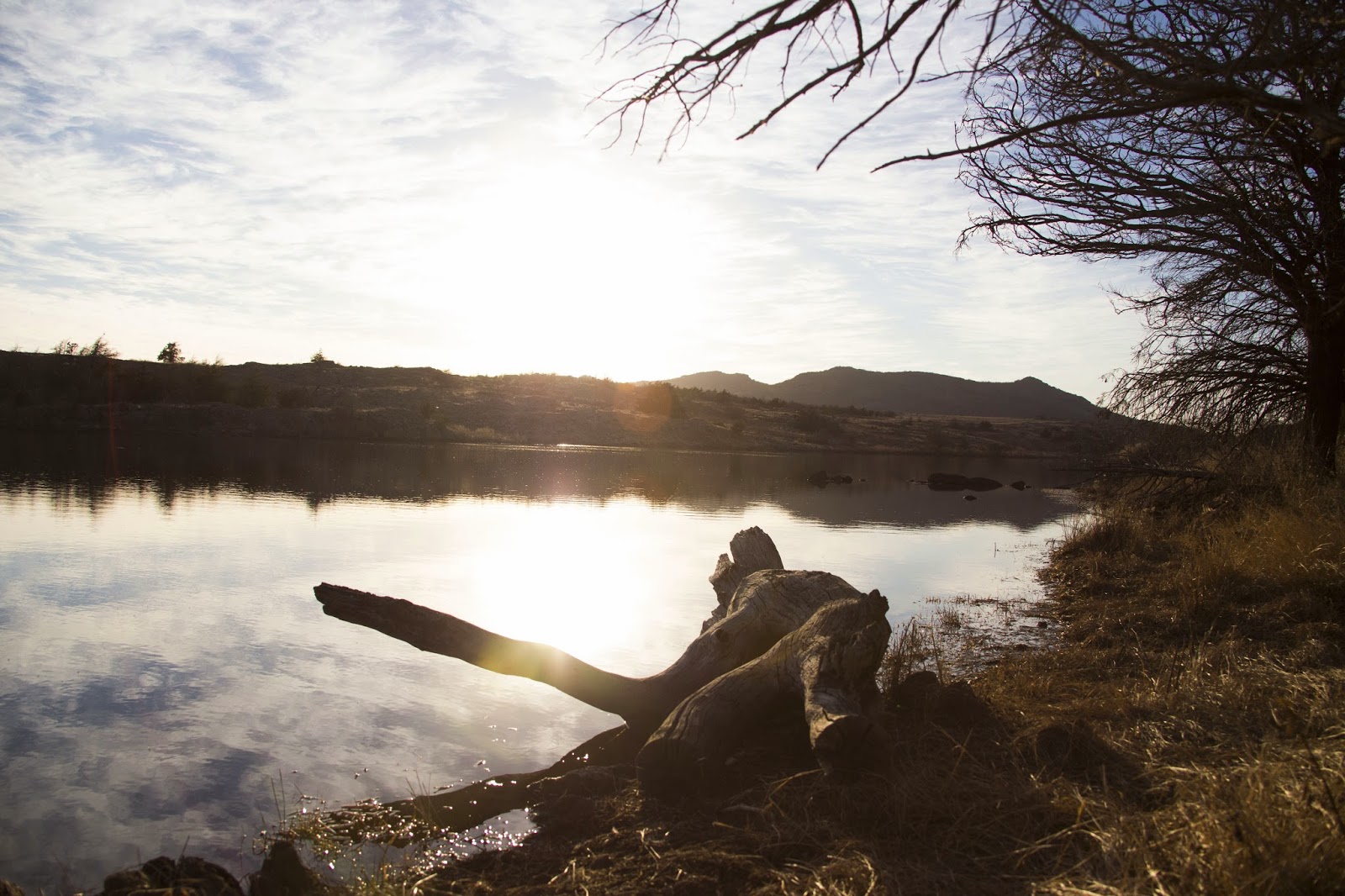 I was driving away from the refuge as the shadows grew long.  I got almost to Medicine Park and pulled my car over.  Searching for a map of the refuge, or even one of the state, I came up empty.  Finally, I remembered that I had a handkerchief from the Visitors' Center gift shop that had a map of the refuge printed on it.  I pulled it out of my backpack and found the spot that Donna mentioned.  Of course, it was at the opposite end of the park.  Turning the car around, I raced against the sunset.

The lake was still.  No ripples except from a few Canada geese and red-eared sliders slipping off the logs into the water.  No signs of playful river otters.  Determined, I started walking the perimeter of the lake.  In the distance, I see a bobbing head in the water.  I knew that it was much more likely to be a beaver than an otter, but I was hopeful.  The shutter was clicking as I quickly scrambled on the rocks to get a better view.  There were whiskers, lots of them.  Still not convinced, I moved quicker towards my subject.  He dove underwater.

At least I had some pictures to try to scrutinize later.  I sat down and checked the viewfinder.  Would it be good enough to get a proper ID?  Before I could determine the answer, the bobbing head resurfaced.  For the next hour, I watched as the otter swam around, caught his dinner, rolled gracefully, and played on the shoreline.  The light was low, but the pictures were good enough to convince even the doubters, such as myself.