It's almost that time again to go spelunking at Alabaster Caverns.  From April 1st until the end of September you can not only explore the main cavern, but you can also go wild caving in one of the four wild caves in the park. 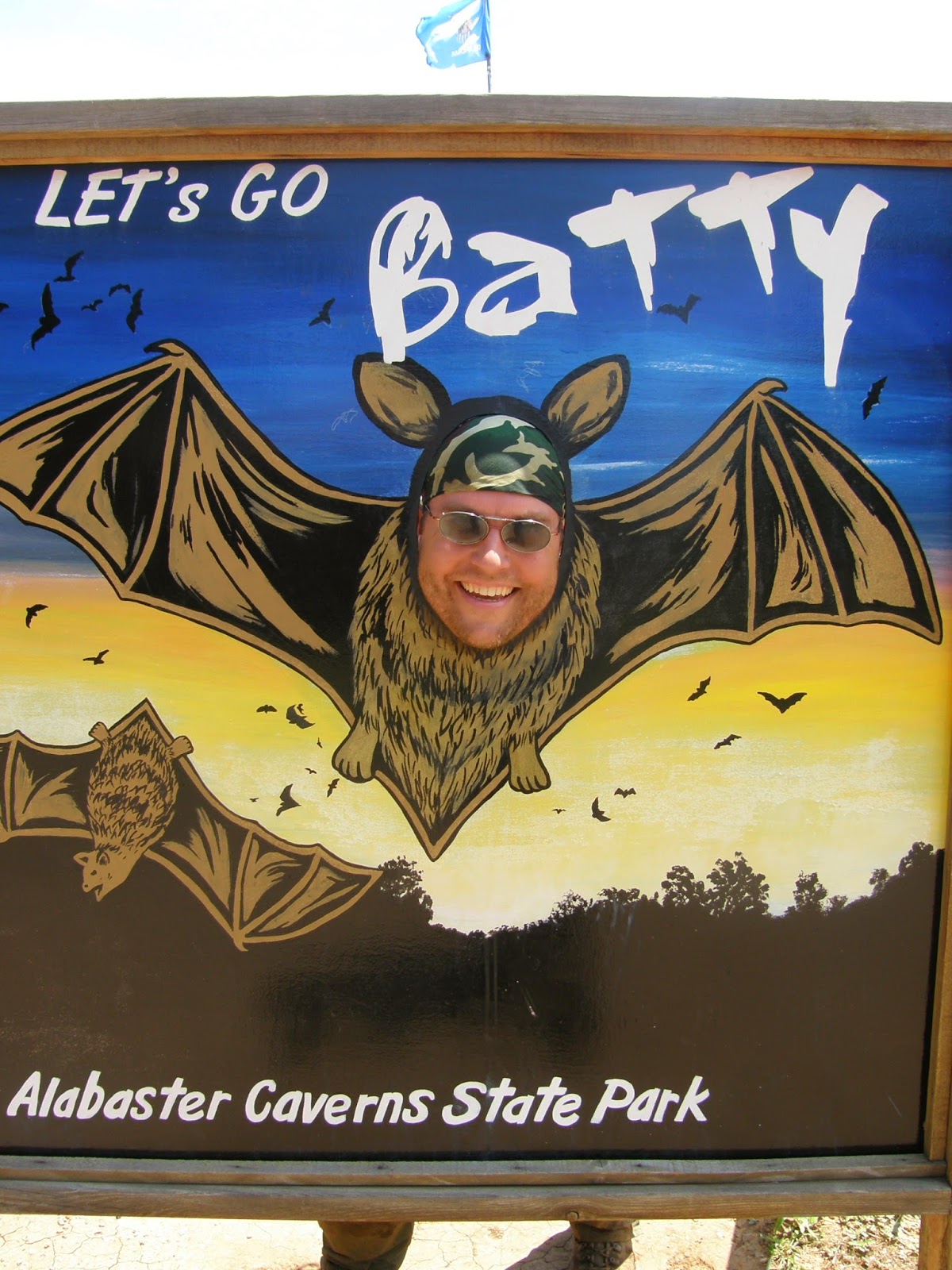 Last August, we gathered up a swell group of friends (you have to have at least 3 people) and headed out to Freedom, OK early in the morning.  Our adventure first began with rescuing a tri-athlete on the side of the expressway with a blown-out bike tire, but fortunately no bodily injuries.  She was an Oklahoma-transplant and I hope that we restored her faith in Okie goodness.  I also shared my blog with her, since she wasn't aware of all of the great things Oklahoma offers for the adventurous.

After depositing her and her crippled bike at a convenience store to wait for her rescue ride home, we continued on our way.  One of my dearest friends had brought along "The Sound of Music" soundtrack.  We yodeled along to The Lonely Goatherd as we drove through the downtown streets of Kingfisher.  Since helmets are required for wild caving, we donned our headgear and rolled the windows down enjoying the beautiful day and our silliness.  After a bit, we noticed that there were people lining up in their lawn chairs along the sides of the street and waving at us.  I don't believe that we were the reason for the attention, but the local residents had to believe that this was the strangest parade ever!

We arrived at the Alabaster Caverns State Park about midday, so we took a quick lunch break before the exploration began.  A horned lizard joined us - a rare treat since their populations have taken a dive in the last few decades. 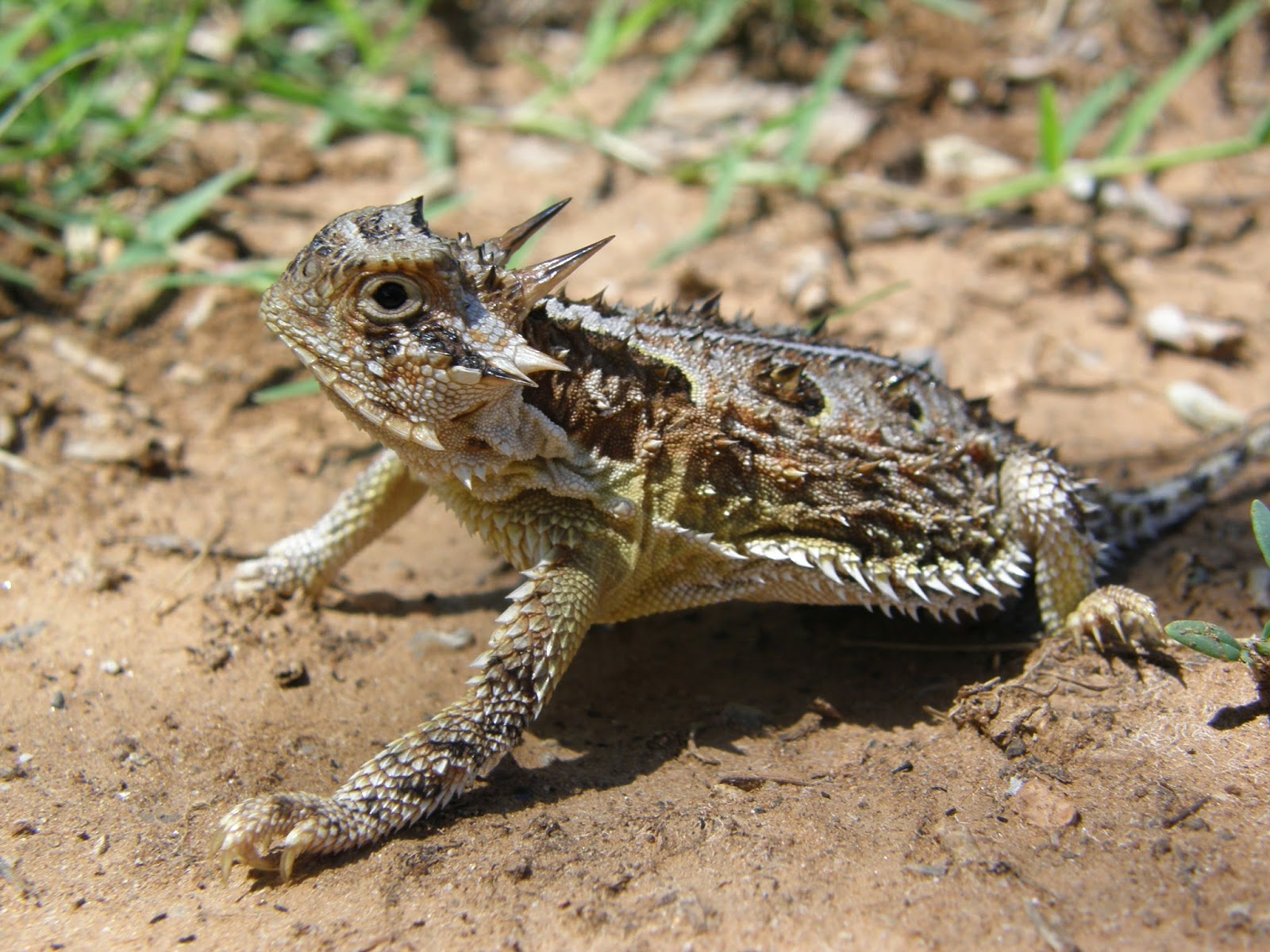 For a small fee, we got our wild caving permits, signed waivers, and let the park staff know which cave we were going to explore first.  They require you to check in with them before and after each cave.  We were thoroughly warned that they would send search and rescue after us if we weren't back by 3pm, and charge us a hefty fine, too. 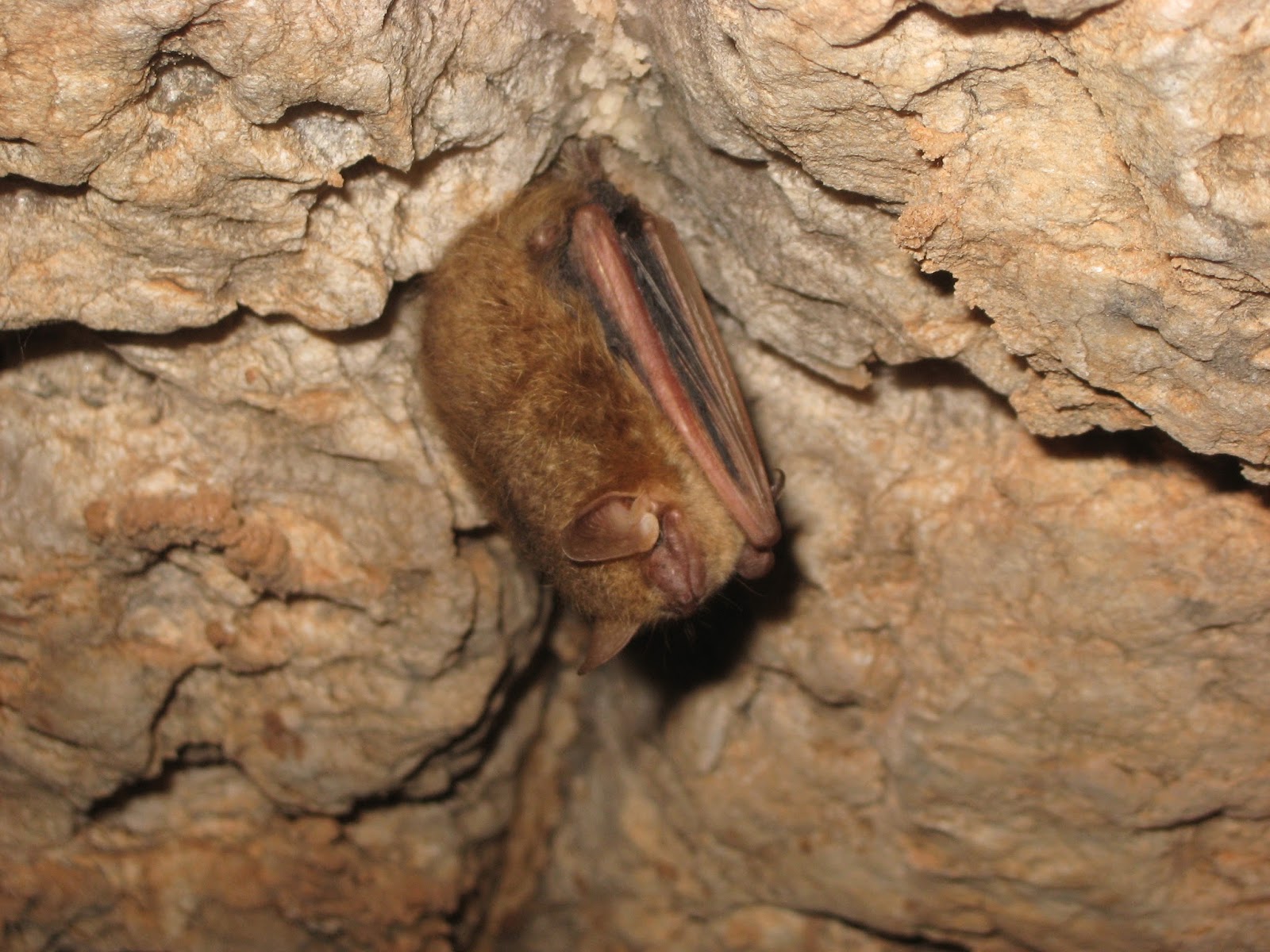 The first cave we picked was HoeHandle.  I was not expecting much, due to the hype of the tram ride into the main cavern and the warning that there were not "modern conveniences" in the wild cave (well, I hope not!).  I was wrong.  The large entrance quickly narrows to a crawl space that made this claustrophobic girl a bit panic-y.  We discovered bats, camelback crickets, a salamander, and a lone field mouse.  Although this particular cave wasn't the wettest by description, we still ended up army-crawling through a couple inches of what we thought was muddy water.  When we came out the other end of the cave, we consulted our map and discovered that the muddy hole near the end is popular with the local cattle and we had just crawled through bovine "excreta".  Their creative phrasing didn't make us feel or smell any better, especially since we could only find barbed-wire barriers at the end and had to crawl back through the "excreta" to return the way we came.

The day was getting long, so we picked a second and final cave for the day and decided on Owl Cave.  It was a short, but scenic, hike to get to the cave.  The gaping entrance drops down into a more narrow, but still semi-tall, path.  We made our way to the far end of the cave and followed the trickling water until it became too slick and small to go any further.  The day was hot, but we were cool in the damp and dark of the cave.

After we changed into clean clothes, we headed home along the Great Plains Trail.  On our way, we decided to stop in Waynoka for ice cream at the local soda fountain shop.  The sweetness was only intensified by a lovely rainstorm like only a blazing hot Oklahoma day can brew.  We sat under the awning and licked melting ice cream and soaked up the day.

There are two other wild caves at Alabaster Caverns that we still need to explore - Ice Stalactite and Bear Cave.  If you go, be prepared to get stinking filthy.  Bring a change of clothes and take advantage of the showers at the park.  Don't be afraid of the bats, rodents, reptiles, and bugs.  Don't expect the maps or park staff to provide much direction on the wild caves.  Explore, enjoy, and be silly.  You will be dirty and stinky and not give an excreta!
Posted by Nancy L at 9:10 AM