I'll be your Huckleberry 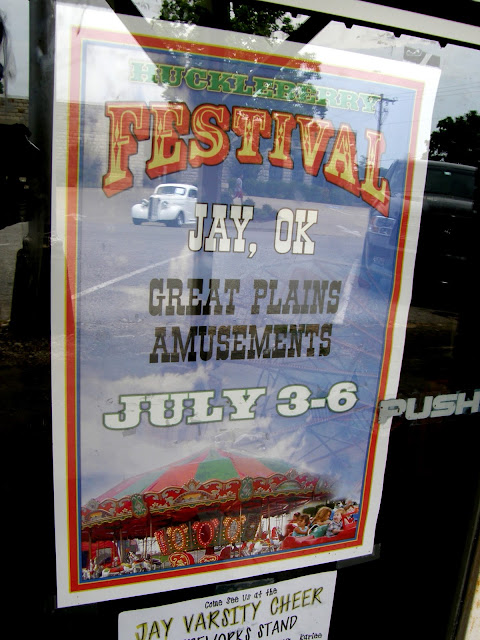 In July, one of our weekend field trips took us to Jay, Oklahoma, to the 46th Annual Huckleberry Festival.  First of all, I didn't realize that huckleberries were actual berries.  I only knew the phrase from Tombstone, "I'm your huckleberry".  Secondly, if there is such a fruit, I had no clue that it grew in Oklahoma.  Apparently, not only does it grow in places like Montana, Idaho, Oregon, and Washington; but it also grows in places like Oklahoma and Arkansas near the Ozarks.  It is a wild crop and difficult to cultivate - leaving the luck of the harvest to Mother Nature and the tenacious people who go berry-picking. 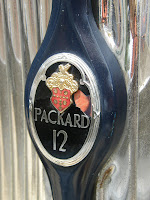 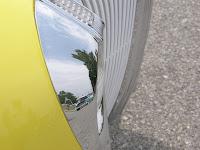 We didn't know what to expect at the Huckleberry Festival.  The multi-day schedule of events included a pancake breakfast, a pageant, car show, root beer chug-a-lug contest, camels and a live kangaroo - among many other various events.  There was little to no mention of actual huckleberries.  We had a goal.  We drove across the state just to see if we could find Oklahoma-grown huckleberries.

When we pulled into the metropolis of Jay, population 2,458, shade canopies and inflatable bounce houses and slides were spread out over several city blocks.  The turtle derby had just finished and a little girl and her dad were carrying their turtle back to release it where they found it.  We asked several people where we could find huckleberries, but the answers weren't promising.  How does the town of Jay hold a festival for 46 years for this elusive berry? 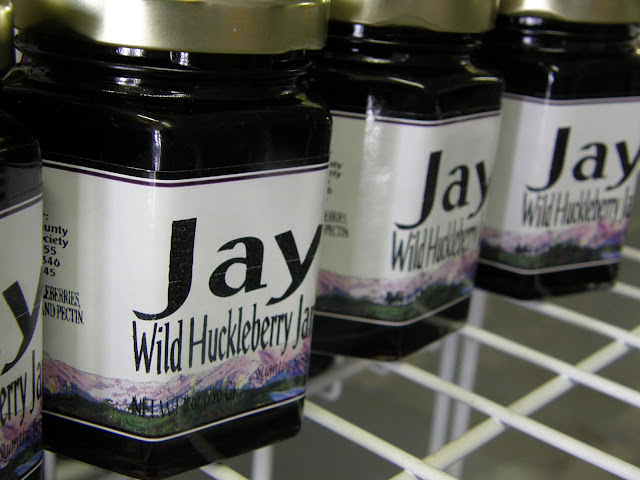 I had a new mission.  I needed to get to the bottom of this mystery.  A phone call to the Jay Chamber of Commerce put me in touch with Jackie, who also happens to work at the Delaware County Historical Society Museum in Jay.  To the best of her knowledge, the Huckleberry Festival was started 46 years ago when a couple of the residents decided that the town should do something special with the 250 pounds of huckleberries that were being harvested daily in the summertime.  News quickly spread across the state and even overseas, and suddenly everybody wanted Jay huckleberries.  The former Jay Picnic turned into the Annual Huckleberry Festival.

As it goes with farming, Mother Nature's crop has its ebbs and flows.  The droughts in recent years might have reduced the huckleberry crop.  That didn't stop the town of Jay from holding the festival, and didn't stop the town volunteers from foraging for the dark blue wild berries for the event.  Not only did we enjoy tasty huckleberry milkshakes, but came home with a quart of frozen berries to make huckleberry pancakes to enjoy for many mornings.  Jackie described it perfectly when she said that this event is possible because of "love for a town".