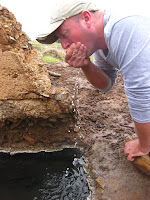 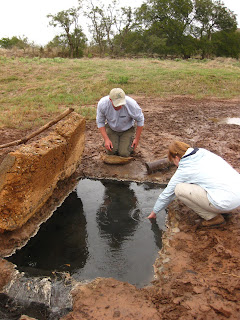 This may be the dumbest thing I've ever done - and that's a LONG list.  I can't explain why I drank from the dark pool of water that smelled like rancid eggs, other than complete, blind trust in the advice of an Indian woman I had just met.  Immediately after sipping the surprisingly salty water, I looked around at the animal tracks and scat on the soaked earth that sloped towards the very pool I drank from.  "Oh, shit."

For three weeks, we had been planning a trip to the Wichita Mountains to explore the Parallel Forest.  We planned some other detours, since we knew that the forest wasn't very large.  We were lured by the excitement from the legends about the forest being haunted.  Supposedly, if you go there, you might feel disembodied spirits brushing past you, or hear Native American ceremonial drumming, or see figures in the trees performing Satanic rituals.  There is even a "witches' altar", formerly a Spanish arista.

One of the planned detours led us to making this potentially serious, gastrointestinal mistake.  We had read about the Zodletone Mountain and the mineral springs by the same name.  There is a macrobial observatory there, where research has been conducted since 2001.  The spring has created a microbial environment similar to environments that existed 2 billion years ago - when oxygen was absent from earth's atmosphere.  I know what you're thinking:  "Who wouldn't be interested?"  We have all made peace with our inner nerds.

While there is detailed information on the research done at these springs, there is surprisingly little detail on how to get there.  Our nerd-quartet came semi-prepared with printed maps of the area, as well as a state atlas.  Attempt One brought us to a dead end with nowhere to go but to turn left and drive through a recently harvested field.  We even tried driving a little distance through the field before deciding that this must not be the place.  On the other side of Zodletone Mountain, we ran across more farmland and even more fences and closed, locked gates.  We explored monarch-covered wildflower prairies and honed our barbed-wire limbo skills.  Still, no luck in locating the artesian spring. 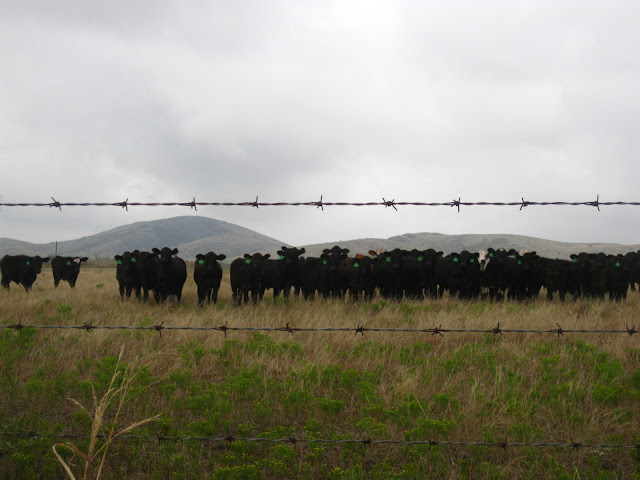 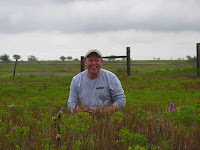 There were two houses in the midst of the farmland surrounding Zodletone Mountain.  We pulled up at the first one and knocked on the door, hoping someone could steer us in the right direction.  No one answered, except a menagerie of small familial pups and one vocal siamese.  A young man had stepped out of the neighboring house, so we inquired if he knew where the springs were.  He replied in the negative, but said that his grandmother would know.  He told us to let ourselves in the house to ask her.  Hesitantly, we obeyed. 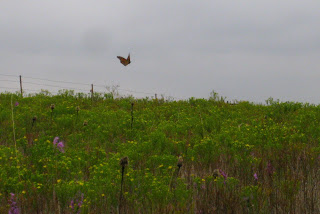 A red, woven Indian rug covered the floor and flowered bedsheets covered the couches.  Native American chants and drums blared from the kitchen stereo.  Grandmother Mabel rested in the recliner, with her right leg in a walking cast.  She pushed a wheelchair out of the way and got up with effort and a walker to greet us.  Mabel told us that over the past 35 years that she had lived there, a handful of people had stopped to ask directions to Zodletone Springs - but she wouldn't ever tell them how to get there.  She tells us this after giving us detailed instructions on how to find the springs.  She also warned us about the farmer that now owns the land, and the roads that are impassible on this rainy day (even with 4-wheel drive, she says), the gumbo-like mud that won't come off your shoes if you decide to walk the distance, and the rattlesnakes and water moccasins that will kill you before you could get back to the car.  She wished us well and asked us to come back by to let her know if we were successful.  Excited and nervous, we got back in the car.

The directions Mabel gave us led to a dead-end road, with a path to the left through a recently-harvested field.  She led us right back to Attempt One.  We continued through the field, with windows down in order to listen and smell when the springs were close.  Ripe sulphur filtered in, indicating that we must be near.  We trekked on foot and crossed a stream, hopped a fence, and slid through "gumbo" mud.  I recognized a low concrete wall from one of the pictures online.  We had found it.  Mabel had told us about the healing properties of the stream.  She had seen relatives crippled by arthritis restored to their mobile selves after months of drinking and bathing in the healing waters and mud from the spring. 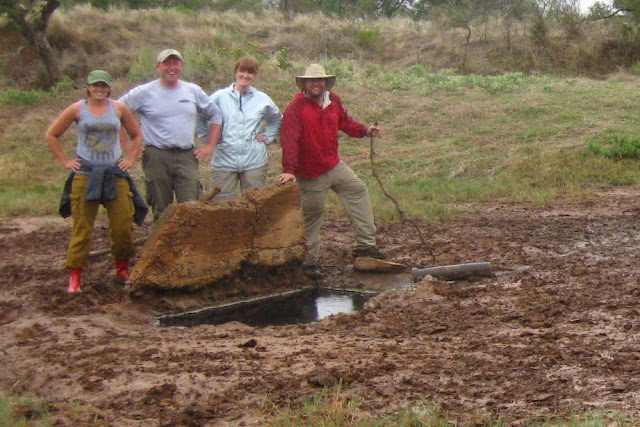 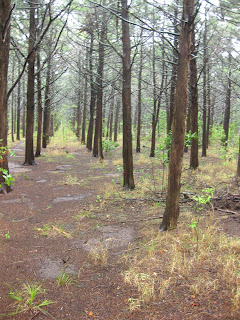 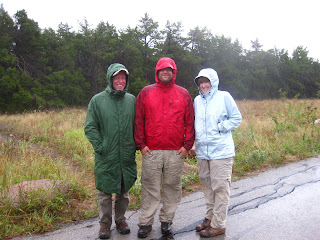 We continued on our way to the Parallel Forest, but had to cut our hike short because of the total downpour that lasted almost exactly from the time we got out to hike until we got back to the car.  We didn't get a chance to find the altar / arista, but we did get to witness the trees bubbling and creating soapy suds in the rain. 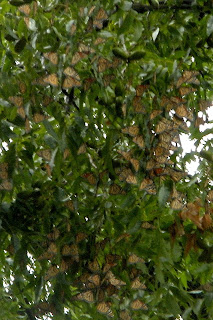 After changing to dry clothes, we explored the nearby town of Medicine Park.  There, we saw the most amazing sight - monarch butterflies gathered in clumps of a hundred or so in the trees.  This sighting only added to the mysticism of our day's adventure.  But, the most incredible part of the day was that not one of us suffered any ill-effects from drinking from Zodletone Springs!  It really must be healing after all! 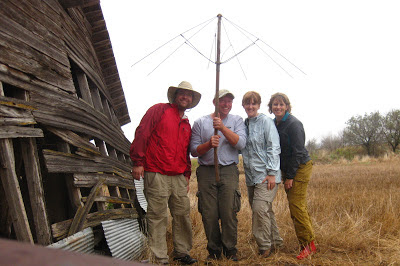